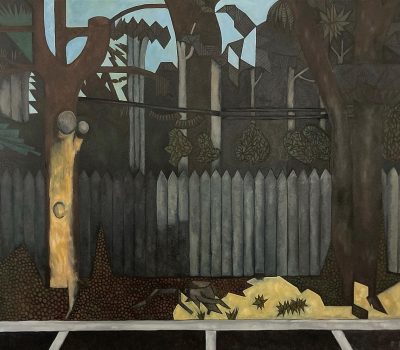 Website:   http://www.paulsantoristudio.com
Email:   paul.santori@gmail.com
Facebook:   https://www.facebook.com/PESantori
Instagram:   https://www.instagram.com/pesantoristudio/
Phone:   (703) 307-1890
Artist Statement
Paul E. Santori is a nationally recognized award-winning artist. Paul has worked in various modes from abstraction to surrealism to realism using various mediums to include oils, acrylics and watercolor. Since moving to the Eastern Shore of Maryland in 2017, Paul has become an active plein air painter in the region. In his current practice, Paul’s work strives to wed his abstract and life painting interests in large scale oil paintings which in some cases re-imagine works he has executed from life and in others obey an independent creative impulse.
Artist Biography
Paul Edward Santori was born in Columbia, Missouri and has lived in the US his whole life. Paul lived in Tulsa, Oklahoma until 2nd grade where his skill as an artist was already in evidence and his work selected for a museum exhibit of children’s art. The family then moved to New Jersey. Paul’s continued interest in art was strongly supported by his family and on graduation Paul was admitted to the School of the Art Institute of Chicago (SAIC). Paul’s experience there was critical to his artistic development in that the school offered a very open curriculum encouraging multidisciplinary exploration in all media. As such Paul studied sculpture, printmaking, performance, installation and video arts as well as his first loves, drawing and painting. In his drawing and painting studies, especially in his first 2 years at SAIC, Paul spent a great deal of time working from the figure, a practice which has had a significant impact on his work. Paul also became familiar, due to the privileged access SAIC students have to the excellent collection at the Art Institute of Chicago, with the work of a great many artists whose work continues be an to influence. While at SAIC Paul also started to become more interested in music in which he had dabbled from his early teens. After graduating from SAIC, Paul worked doing free-lance gallery installation in the Chicago area and exhibited in group shows at several galleries. He also became more and more interested in writing and performing musically, eventually forming a band and pursuing a music career in earnest. After recording and performing with regularity until 1990, he left the band and returned to painting. 1990 was a watershed year for Paul with a great many changes in his personal life from which he emerged 5 years later a married man with a child on the way. This shift in priorities led to a cessation of artistic activity and the beginning of a career with the government that lasted until 2008. At this time, his first marriage ended and he resumed his artistic endeavors, musical and visual, in earnest. A move to Virginia in 2012 accelerated this drive. There, Paul became actively involved in the music scene, writing, recording and performing original music and making art. In 2013 he met his second wife, Inez, and with her encouragement and support left his government job in 2016 to pursue art and music full time. In 2017 Paul moved to the Eastern Shore of Maryland where he now has a studio and where he and his wife have opened a gallery, Tish Fine Art Plus, exhibiting his work alongside that of other local, national and international artists. In addition to his investigations into abstract imagery, Paul has developed a plein air painting practice for which he has gained some notoriety in the region and which informs his current studio practice. Paul enjoys national and international sales and in addition to being represented by his wife as an artist through their gallery, is also represented by Rodney Pratt Gallery in New Castle, Delaware. Paul’s work is on display in commercial locations in the area and has been selected for juried shows. Paul has also received invitations to study abroad based on the strength of his portfolio and has caught the interest of international galleries. Paul also continues to be active musically having just completed a major recording project with a CD release imminent. 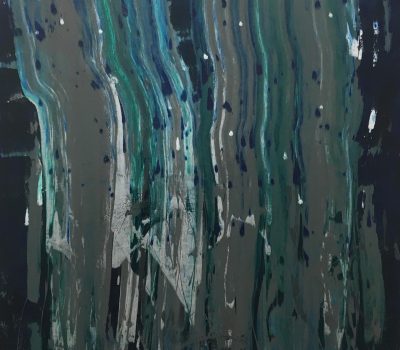 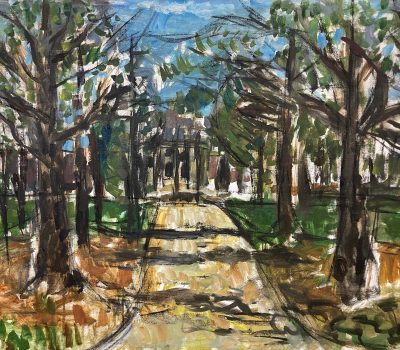 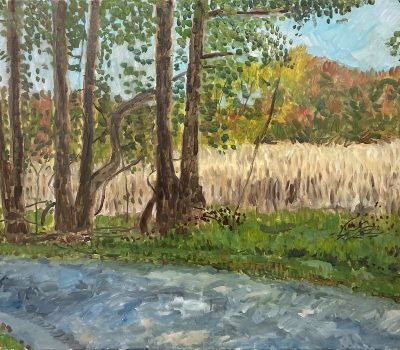