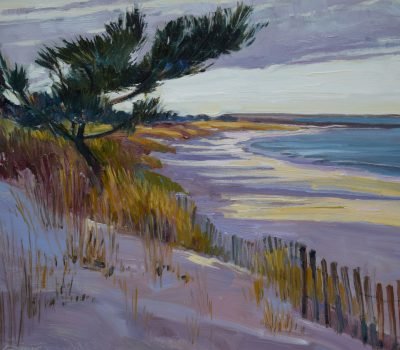 Jim Rehak, a resident of Seaford, DE, captures the seasonal changes of the Delmarva Peninsula in his landscape paintings.  His enthusiasm for plein  air landscape takes him outside to paint fields, marshes, farms, rivers and bays throughout the area.  Since Rehak is inspired by the Impressionists and Post-Impressionists of the 19th century light is a key element in his work. Rehak’s interest in art started with comic book illustration at an early age. It was while studying for his BFA at the Maryland Institute of Art that his interest in oil painting emerged.  Art has always been a vocation for Rehak  – as a portrait and caricature artist in Ocean City during college, at the Marson Gallery after college, art director at a sign company, teacher and freelance court illustrator.  Jim is member in many art organizations including the Mid-Atlantic Plein Air Painters Association.   In recent years his work has been shown and won awards in group and solo shows in Maryland and Delaware. 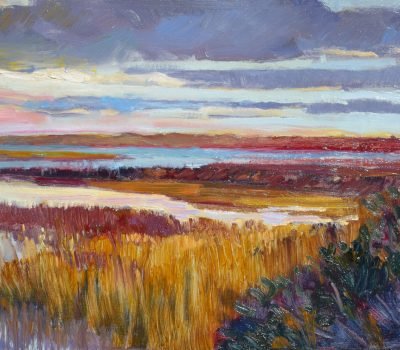 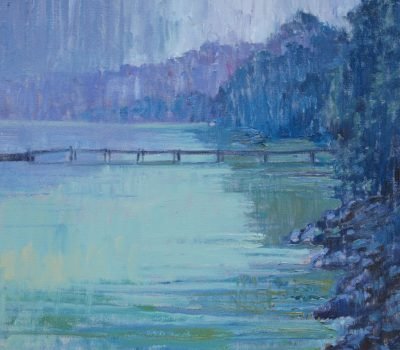 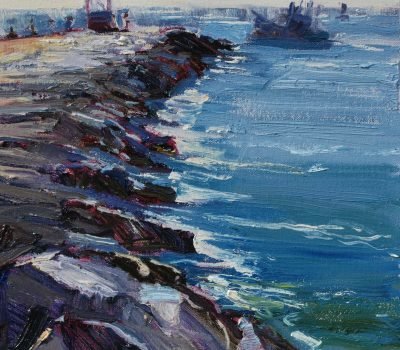