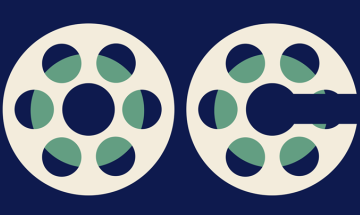 Trailers:
Friday the 13th Fan Trailer by Will Devokees. A re-imagination of the horror classic.
“Crippled” by Unicorn Propaganda. The official trailer for the upcoming psychological horror feature.
Shorts:
“They breed us to feed.” by B.L. Strang-Moya. A man questions the Powers That Be in a resort town amid pandemic.
“We’re All Dead” by Cavehouse Studios. Don’t sell drugs in HELL!
“Lucid Memories” by Unicorn Propaganda. This is not the water and that is not the well. Regurgitate and ascend without.
“SWITCH” by Kelci Halferty. All Thomas wants in his life is a woman to love and will stop at nothing in order to get her. Things take a turn for the weird when the woman that Thomas wants is actually his twin brother’s wife, and Thomas decides to take his place.
“Boo!” by Rakefet Abergel. A traumatic event forces a recovering addict to face her demons, without her worried fiancé uncovering the truth. Over the course of a rough night, Devi, 7 years sober, must make a difficult choice between WHO she loves and WHAT she loves.

View Full Calendar
Online – Exploring the World of Watercolor –...
Create either a S-Curve Garden/Wave 6×12″ or a...
VISION: Online SHEro Awards
Create Your Own up to 12″ Glass Plate...
In-Person Class: Creative Art for Kids – We...
In-Person Morning: Pottery Wheel Basics and/or Handbuilding for...
Pottery Wheel Basics and/or Handbuilding for Beginner to...
Online Class: Develop your Drawing Skills with David...
Online Drop-In Painting