Visit the Art League of Ocean City’s two satellite galleries in the lobby of the Princess Royale Oceanfront Resort on 91st St. and at the Coffee Beanery on 94th St. – open daily and now part of our expanded First Friday receptions! 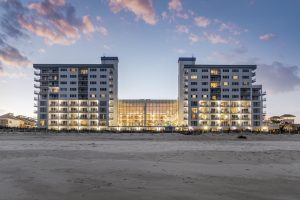 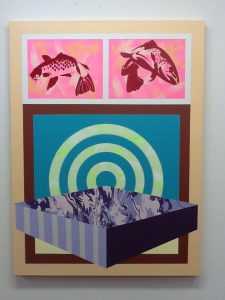 Jack Knight was born in Welland, Ontario, Canada and grew up in western New York. He graduated from Buffalo State College with a BS Degree in Art Education and New York State Teaching Certification. With a scholarship from the Buffalo Foundation he attended the Graduate School of Art & Architecture at State University of New York at Buffalo and received a Master of Fine Arts Degree in Painting in 1976.
Jack has had more than 100 exhibits including 15 solo exhibits. In 2010, he relocated to Delaware with his wife Darlene, where his studio and residence are located in Long Neck, DE. 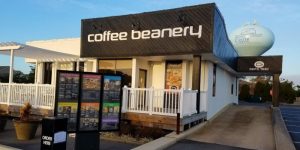 At the Coffee Beanery (94th St) 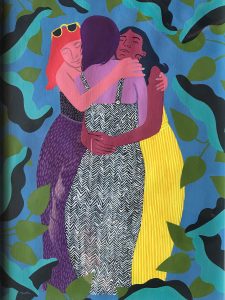 Rebecca Morgan is an illustrator and painter from the Eastern Shore who has spent her career to date working between Maryland and Barcelona, Spain. Her work is greatly influenced by these two locations and cultures, imbued with the knowledge and artistic influences from living over a decade in Spain. She works primarily in traditional media such as watercolor, gouache and acrylic paint, creating brightly colored images to energize and uplift the viewer.