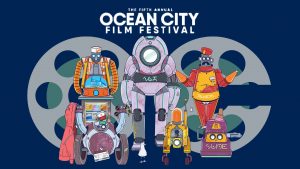 The 5th Annual Ocean City Film Festival kicks off next month as a virtual event streamed to homes, running from March 4-11. Despite the format change, audiences should expect to see 80+ independent films from 15 U.S. states and 11 different countries with compelling footage and resonating messages.

First launched in June 2017, the Ocean City Film Festival is produced by the Art League of Ocean City and has grown significantly over a short period. What started as the bright idea of a college student has now turned into a respected festival with a long reach, now accredited with the Sundance Film Festival, the largest independent showcase in the United States. 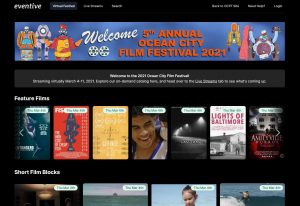 In previous years, the festival has hosted numerous screenings and in-person workshops at local theaters and hotels. However, circumstances are much different in 2021. The reimagined virtual event will run through Eventive, a streaming video platform similar to Netflix and Hulu.

B.L. Strang-Moya, Film Festival Director, says that preparing for the 2021 festival has been different, though he is confident in the festival’s ability to reach far and wide. “Planning virtually has been very strange, but we’re very fortunate that we adapted early on,” he said. “Regardless of the format, we want our filmmakers to have the opportunity to be celebrated.”

Film topics this year focus heavily on racial justice and the environment. Broad genres also include sci-fi, animation, funny shorts, horror, and short feel-good films. Viewers can watch the films anytime during the festival week, one benefit of the virtual format. Plus, everyone will have the best seat in the house – their sofa.

One of the featured films, “The Friendliest Town,” is based on the contentious firing and subsequent trials of former Pocomoke City Police Chief Kelvin Sewell. The story highlights 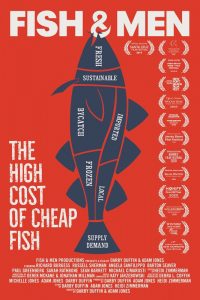 the major racial discrimination dispute that rocked the area.

The festival also will show “Fish and Men,” a non-fiction feature film chronicling the dangers the seafood economy has on the Shore, fishing industries, and public health. Additionally, viewers can expect to see footage of nature on the Eastern Shore.

In addition to the film screenings, the festival will offer live sessions via Zoom including Q&As with the producers and filmmakers and eleven panel discussions about topics from animation to prop design.

As Strang-Moya noted, putting together a virtual festival after four successful years of in-person screenings was no small feat. However, the team was more than prepared after a year of online events. Every month, the Art League hosts virtual film screenings on Facebook Live. To date, these events have been viewed by approximately 3,000 people, a much larger crowd than would be in-person at the Arts Center. The creative team believes their ability to reach a wider audience is the silver lining of pandemic restrictions.

After the Ocean City Film Festival, Thaler and Strang-Moya hope that the community has a greater appreciation for the local arts and filmmaking.

“I didn’t understand or appreciate films like these before I started working with our Film Festival, but I now see that filmmaking is a very personal form of art,” Thaler said. “You see a narrative, and there are so many elements that go into it. Festivals like these are how films end up going big. We want to be a regional catalyst, and understanding the value of the arts helps people to understand that there are all types of creative forms everywhere.”

Strang-Moya echoes many of Thaler’s sentiments. “We have awoken so many people to various issues through our films,” he reflected. “Also, people in this area know life is unique on the Eastern Shore, and they celebrate it. There’s nothing people love more than recognizing and appreciating our special lifestyle.” 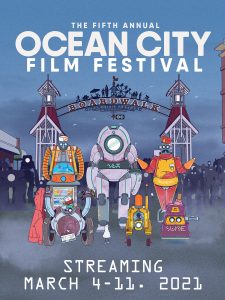 Passes are available now for purchase at OCMDfilmfestival.com or by calling 410-524-9433. Participants have the choice of four different ticket options.

Click here for the film guide and festival schedule.